I baked bread on my last two weekends.
It’s been a while.

My last attempt was tasty. My hubby liked it with homemade pesto. He also dipped slices into a bowl of olive oil and balsamic vinegar. 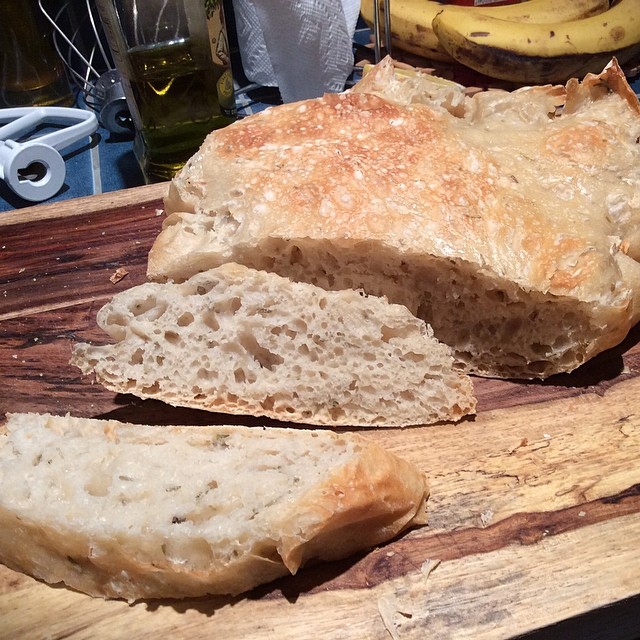 I think this loaf made up for my first attempt and one stupid mistake. 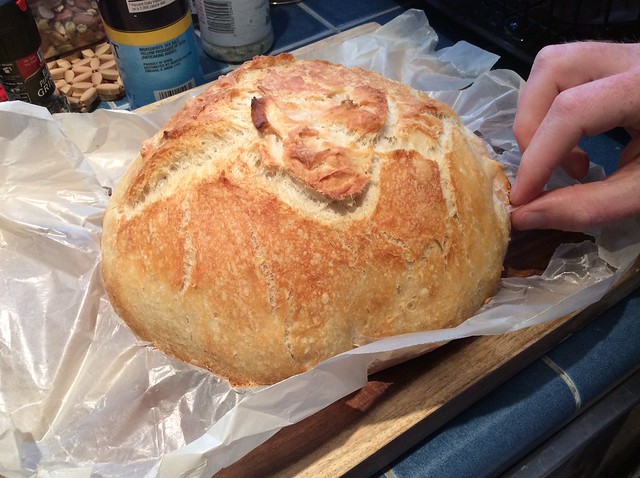 It was a painful lesson about wax paper. Don’t use it when baking no-knead bread in a Dutch oven. It will melt to the crust. We had to cut off the crust to access the edible part.

I followed these instructions to proof yeast on both baking days.

I used 1/8 cups of warm water since the Yum Sugar recipe called for 1.4 teaspoons of active dry yeast.

On both baking days, I bumped up the house temperature to 70 degrees. I also boiled water for tea. I thought that warmed up the kitchen. I wanted the dough to be warm enough when resting. 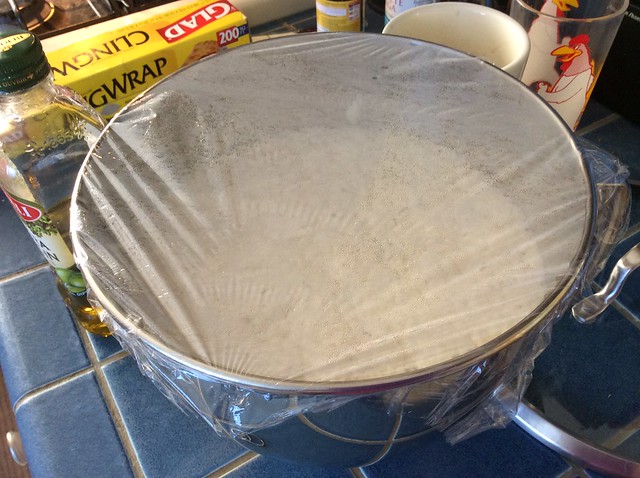 I covered part of the dough in parchment paper when it was time to bake it. Quite a few online recipes (including this one from Steamy Kitchen) recommend parchment paper to make it easy for clean-up.

However, I may have waited 30-minutes too long for the second resting period. 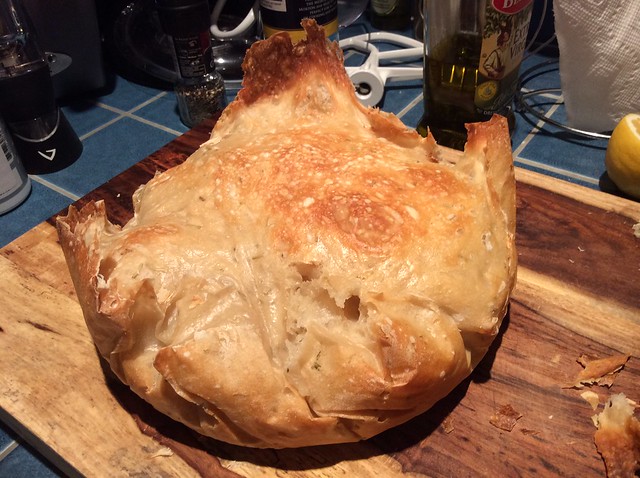 I ended up with dough wings because some of it stuck to the parchment paper during the baking. I guess you could say the dough was well-rested! 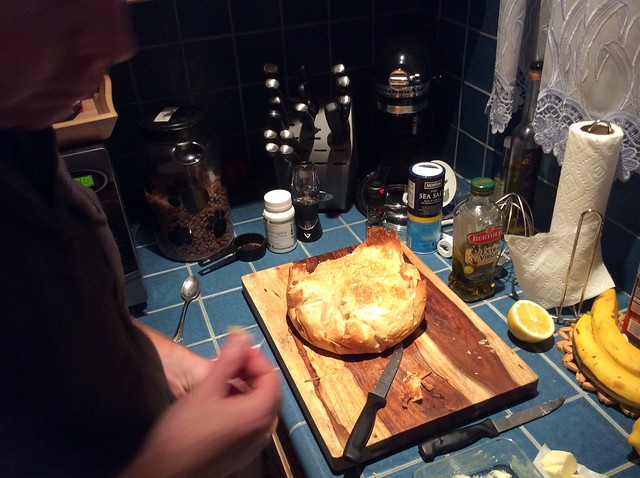 I enjoyed the flavor of this loaf. The herbs kicked it up a notch. Chewy on the inside. Nice texture for the crust.

It paired nicely with Spinach Gnocchi Balls. I used a recipe by Debi Mazar and Gabriele Corcos. 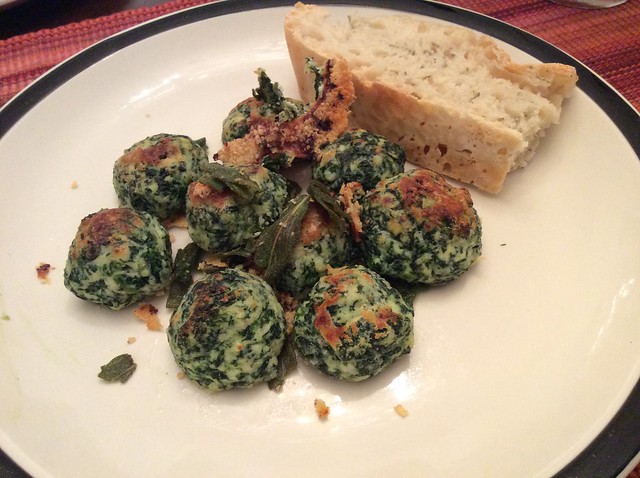 Mark said it was a great way to sneak some spinach into his diet.

I also used bread slices for my “green” breakfast: fried egg with avocado chunks and a spinach salad. 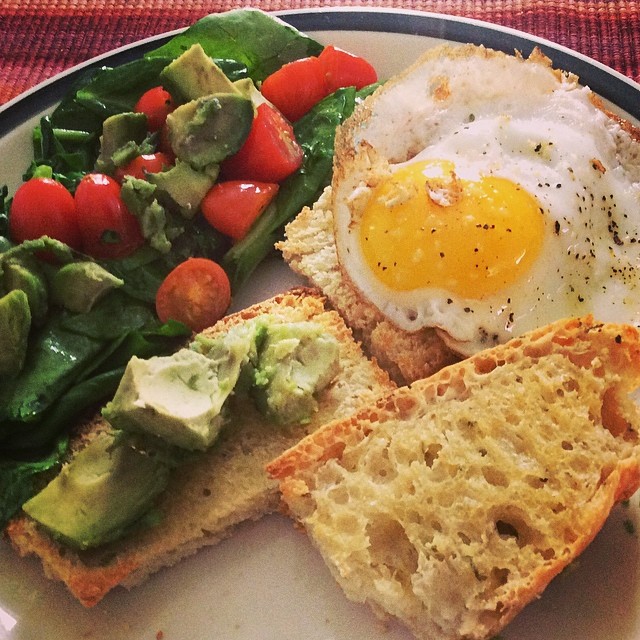